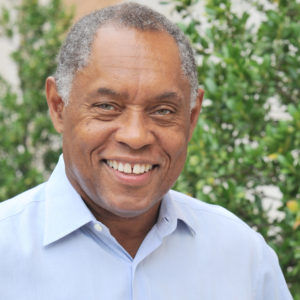 John N. Doggett is an award‑winning Senior Lecturer at the McCombs School of Business of The University of Texas at Austin (UT). John has taught seminars on global competition and entrepreneurship at universities in Hong Kong, Japan, Singapore, Taiwan, Mexico, and Austria. From 2003 to 2014, John led MBA students on business observation tours to China, India, Israel and Turkey.

John is a serial entrepreneur, a former lawyer and an experienced consultant. John has extensive experience working with clients in Africa, Asia, the Caribbean, Europe, Latin America, the Middle East and North America.

John received his BA degree from Claremont McKenna College, his Juris Doctor degree from Yale Law School, and his MBA degree from Harvard Business School. He practiced law for seven years in Connecticut and California before going to Harvard to earn his MBA.

John was also a co-founder and the Chief Operating Officer of Laguna Entertainment and Marketing, a firm that produced a Spanish language NFL football TV show in partnership with the National Football League (NFL)

John has been asked by the CEO’s of several medium to large companies in the electric utility, software and transportation industries to conduct multi-day strategic planning sessions for their Board of Directors. For a half decade, he was also the strategy consultant to a third-generation family-owned Austrian manufacturing company in the wood products space.

John has been the keynote speaker at more than 70 annual meetings of chamber of commerce, commodity, cooperative, financial and electric utility associations in the United States, Asia and Australia. Several of these organizations have invited John to return to update their members for two to four separate annual meetings.

John is also a co-author of When We Are the Foreigners: What Chinese Think about Working with Americans which was published in 2011.

John is a member of the Board of Affinegy, Inc. and Prepify, Inc., two Austin-based software companies. He is also a member of the Advisory Board of Lend-A-Hand India, Inc., a NYC/India based non-profit that provides skills training to students in rural India.