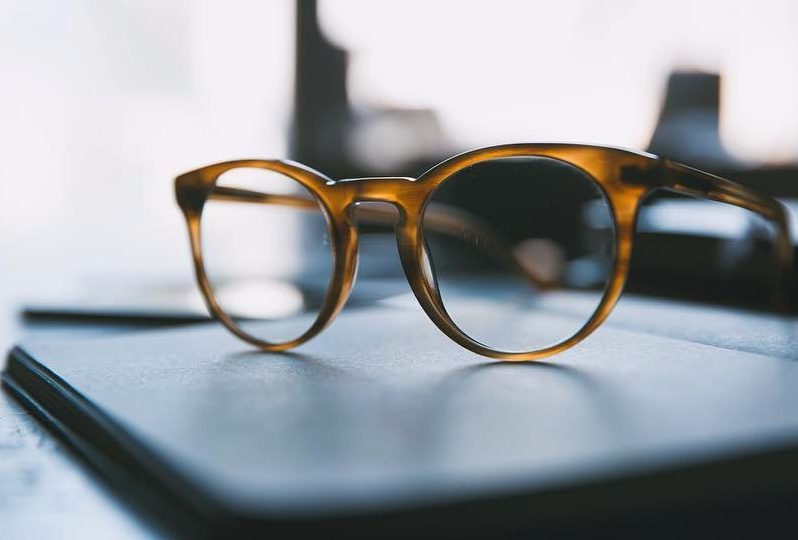 We’ve all seen ugly babies. But one never tells a parent that they have an ugly baby. That’s just not nice.

These are glasses that show you the harsh reality of what is really happening. With ugly baby glasses, you might not like what you see, but you will see what is.

We all know that the only constant in life is change. Aging, innovation, competition are all part of our daily reality. But it is one think to “know” that change is constant. It is another thing to “live” like change is constant.

What I’ve learned over decades of working with executives, politicians and other leaders is that there is nothing more toxic to reality than success. Success breeds a weird combination of complacency and arrogance. I call this “corporate myopia.” And if successful organizations don’t have and use ugly baby glasses, they will eventually face a crisis that could destroy them.

Let’s look at China and America with a pair of Doggett Ugly Baby Glasses.

I first went to Hong Kong was in 1983. Since then, I’ve studied the economic and political transformation of China and traveled to more parts of Mainland China than most Chinese. I have also taught classes in or led business observation tours to Japan, Korea, Singapore, India, Thailand and Malaysia.

China is experiencing what we call a Strategic Inflection Point. Everything that helped China become the second largest economy in the world is not working anymore. What the leaders of China need are a pair of ugly baby glasses to help them change what they are doing to reflect their new reality.

In the past, China has competed on the basis of being the most efficient and lowest cost manufacturing country in the world. Those days are over forever. Using robotic technology, Phillips Electronics can manufacture electric razors in Europe for the same cost it used to pay to have them made in China. So it no longer makes electric razors for the EU in China.

Container ship traffic is declining in part because it now is just as cheap to manufacture products in Mexico as it is to make them in China. And Mexico benefits from the North American Free Trade Agreement (NAFTA). In fact, some of China’s developing country competitors have workers who are paid 1/6 of what a factory worker makes in China.

China is responding by moving labor intensive manufacturing to other Asian countries and to Africa. But if they move as fast as the market demands, they will have a major unemployment problem. When that is coupled with the large number of banks that have non-performing loans from state owned enterprises (SOE), China is stuck between a rock and a hard place.

If it puts on ugly baby glasses, it has to let the market force inefficient SOEs to die. But that will result in massive layoffs in a country that values “social stability” above all else. China is working hard to implement a new approach to global competition, but it is unlikely that it will be able to avoid a “hard landing” for its economy in 2016. The implications of a hard landing for the world’s economy are chilling.

America has piled on a level for debt that simply is unsustainable. America’s debt has grown from $900 billion in 1980 to $18.85 trillion today (www.usdebtclock.org). That is more than $58,396 per citizen or $157,490 per tax payer. We are not Greece. This debt has to be repaid. Because if we ever fail to repay this debt, our default will plunge the world into a global depression. So not paying our debt is not an option.

To put that in context, let’s look at America’s deficit and the President’s proposed FY 2016 budget. Today, our budget deficit is targeted to be approximately $500 billion. That means that China is financing our deficit. It never makes sense to have your main economic competitor as your primary source of foreign credit.

There is no question that our budget deficit has gotten smaller. For all of the worry about the impact of the “sequester,” the data shows that it has worked. 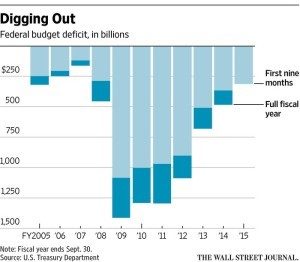 The problem is that this is a temporary fix. Because if we do not change how we spend money and raises taxes, our deficit will start growing again as shown by the following www.heritage.org chart. 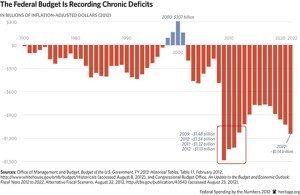 But that’s not our biggest problem. Ugly baby glasses tells all of us that we are in the middle of the lowest interest rate environment in decades. What this means is that the US government can borrow money to fund our deficit spending at unsustainable low rates. 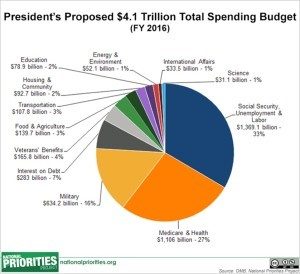 Today, according to the following www.nationalpriorities.org chart, 7% of our federal budget is dedicated to paying interest on the federal debt. In 2015, that number was 6%. Ugly baby glasses force us to ask a very simple question. What happens when interest rates start to rise?

The following Eurodollar Futures Curve chart from Alhambra Investment Partners paints a very frightening picture of our interest rate future. Even if their projections are too aggressive, we are looking at a potential interest rate environment where the interest rate that the US government may have to pay on our debt is five to fifteen times higher.

Where will this money come from? What will we stop paying for? How do we get out of this mess?

The answer is simple.

We have to balance our budget in the next two years.

We have to jump start economic growth this year.

We have to close all tax loopholes as fast as we can.

And we have to change our social security regulations to push out the retirement age to 70 and eliminate the social security tax “cap” which now kicks in at $118,500. To put that in context, the football coach at the University of Texas at Austin stops paying into social security on January 9th of the year. That makes no sense at all.

My bottom line is that this is a crucial time for America and the world. If we see the world clearly through our ugly baby glasses, it is clear what we must do.

Now, let’s make sure we elect political leaders who are not afraid of making hard decisions.

Previous Story
Happiness is a Journey 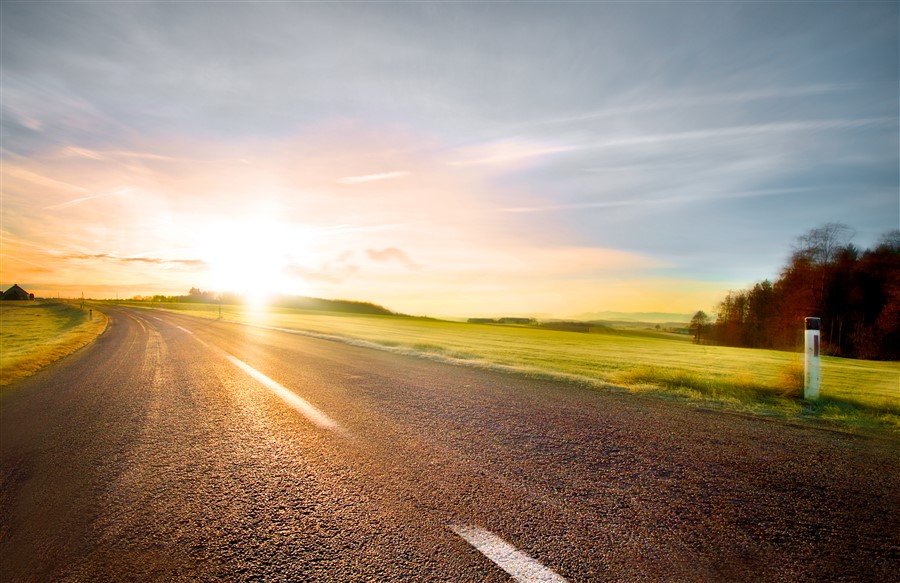